Year 4 students show off their projects 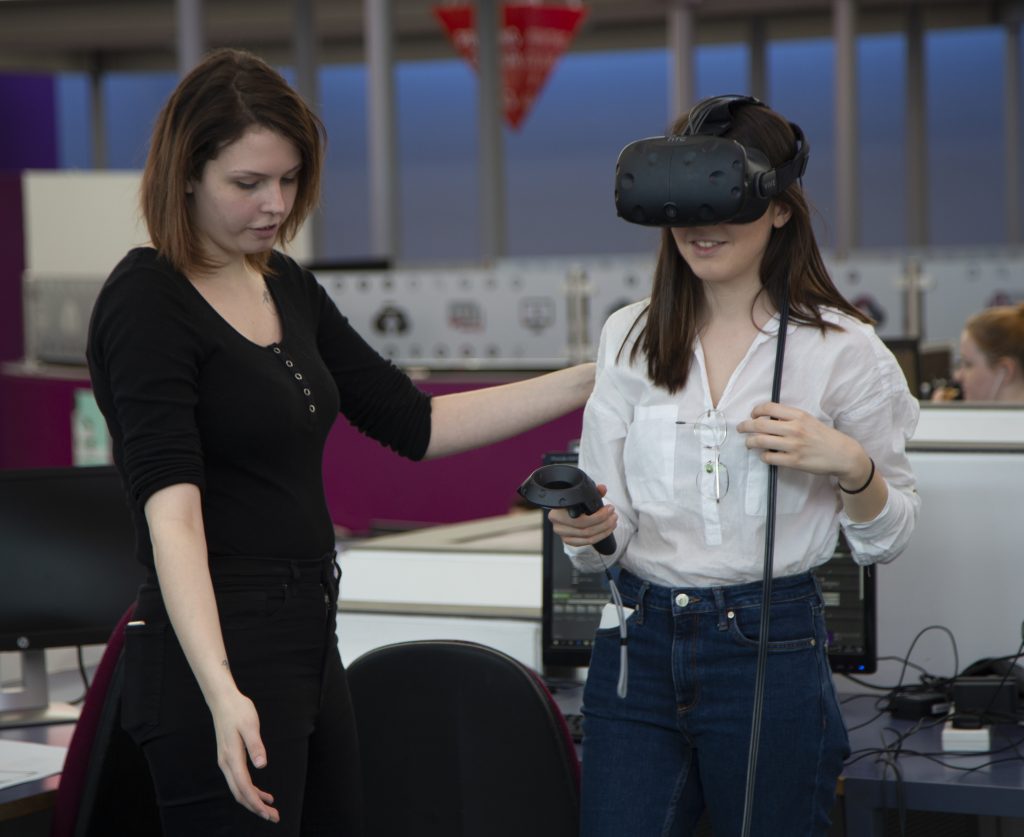 Beth helps a participant try out her Virtual Reality project.

Here are some images of the recent year 4 poster presentation day, the student’s chance to showcase their projects.  We had some guests from Shopify to judge the poster competition and present the prizes.  They were particularly impressed with the range of projects produced, but finally settled on Manon’s “CultureMapper” app which aims to engage young people with cultural experiences.  She followed a Design Thinking process and involved her users at each step to create an appealing prototype.  We’ll be sharing some of the projects in more detail over the next few months. 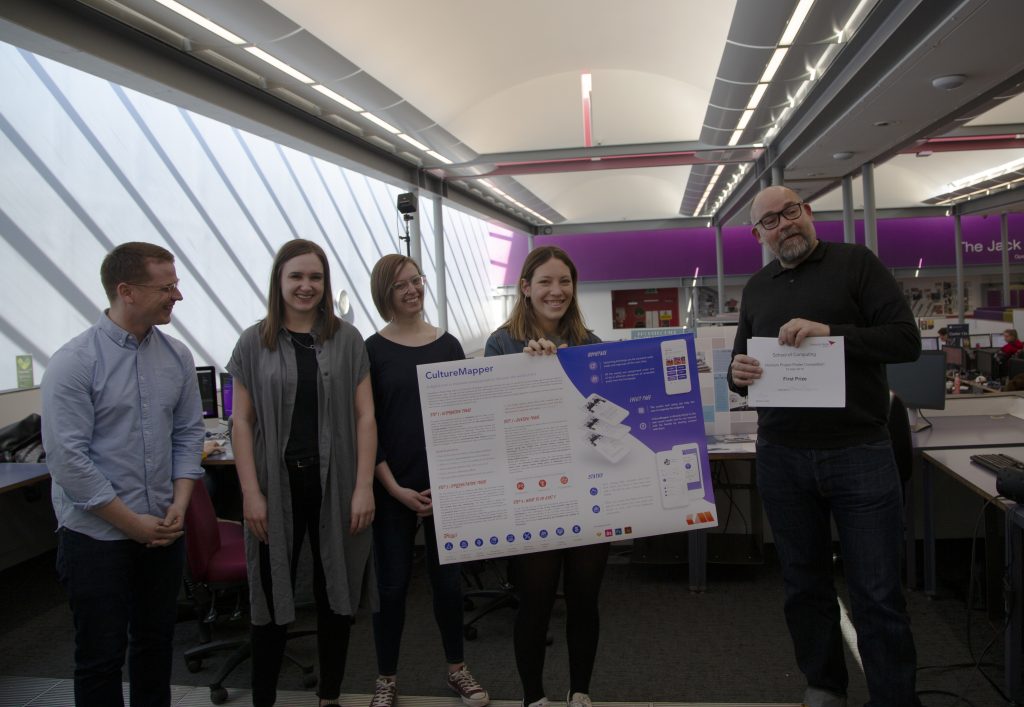 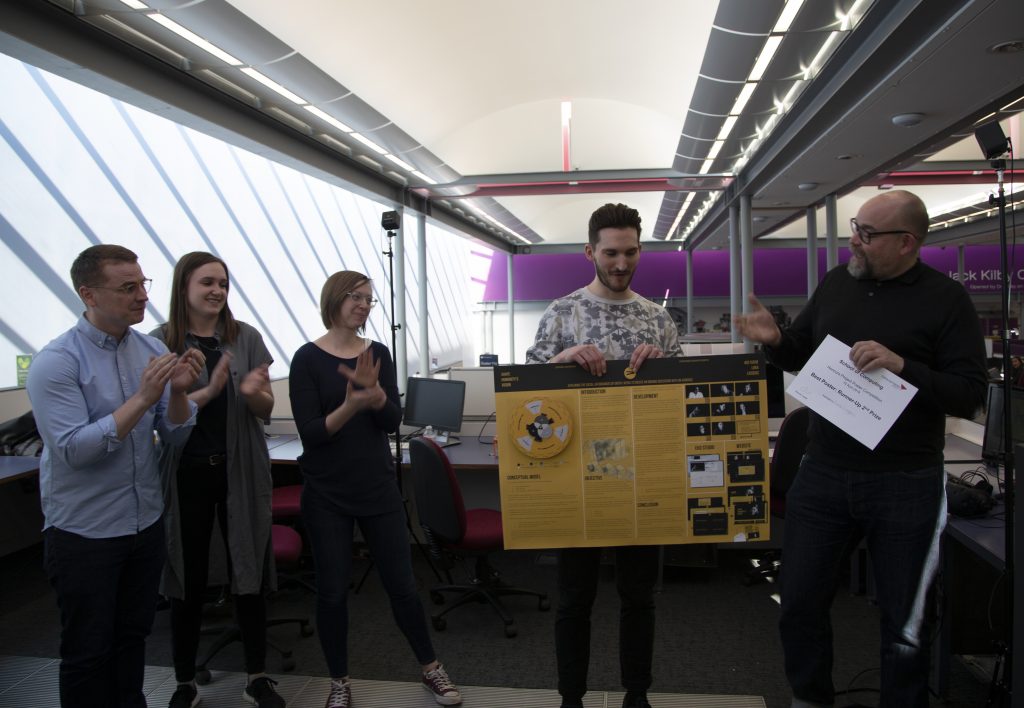 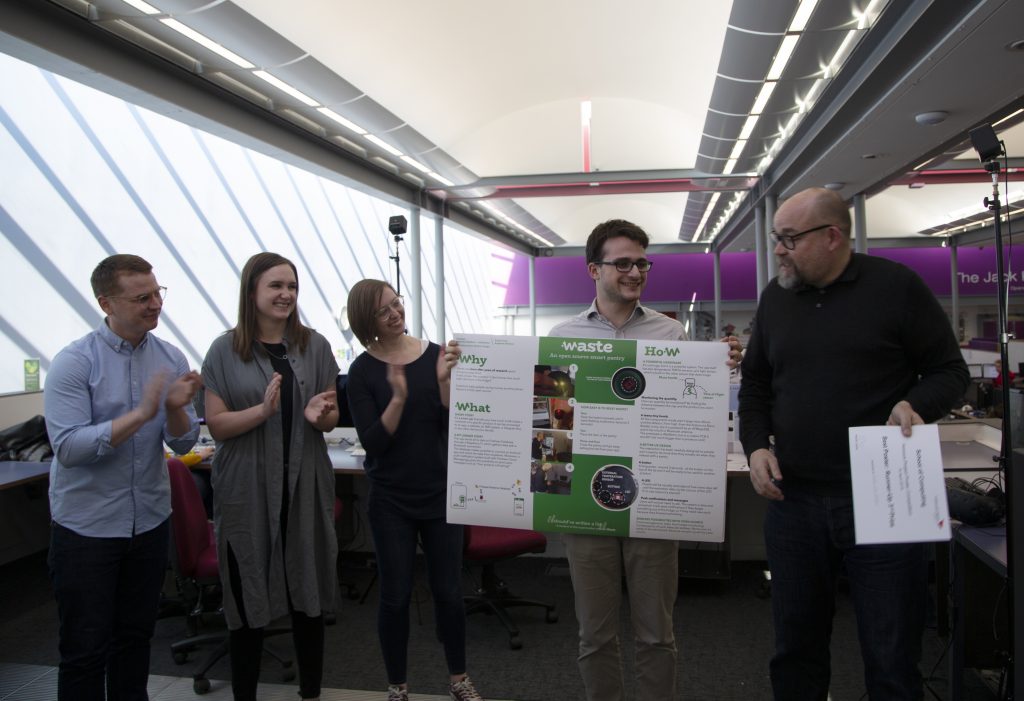 Gabriele received 3rd prize for his work on using technology to cut down food waste. 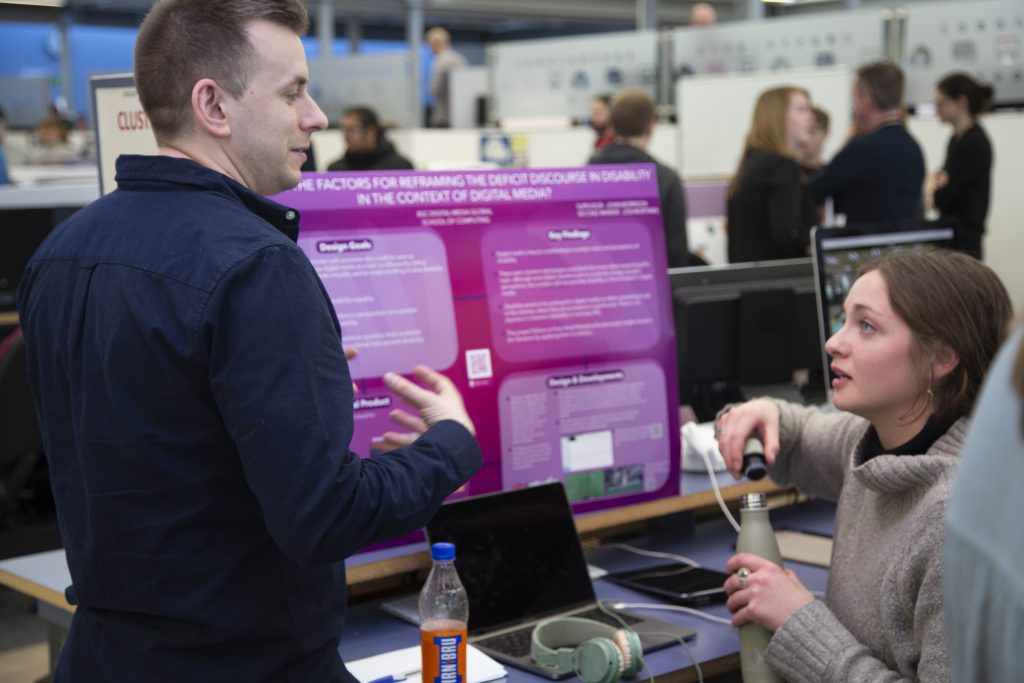 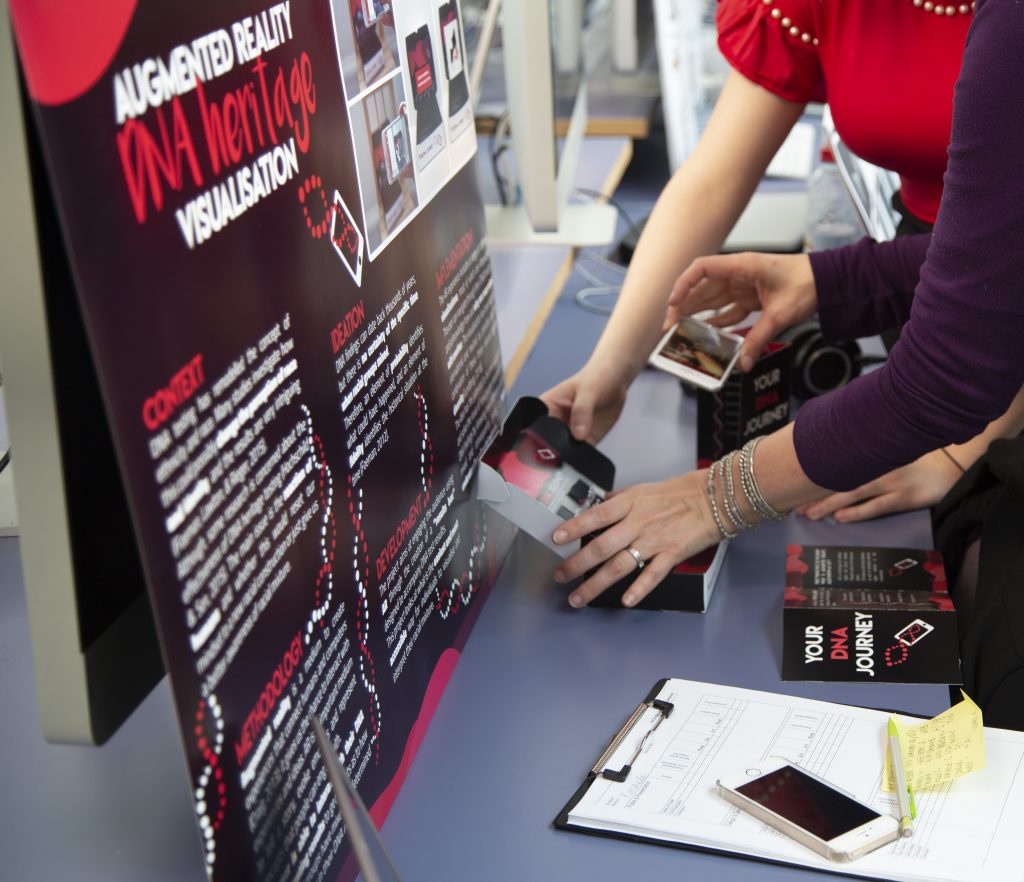 A close up of Rachele’s Augmented Reality project in action 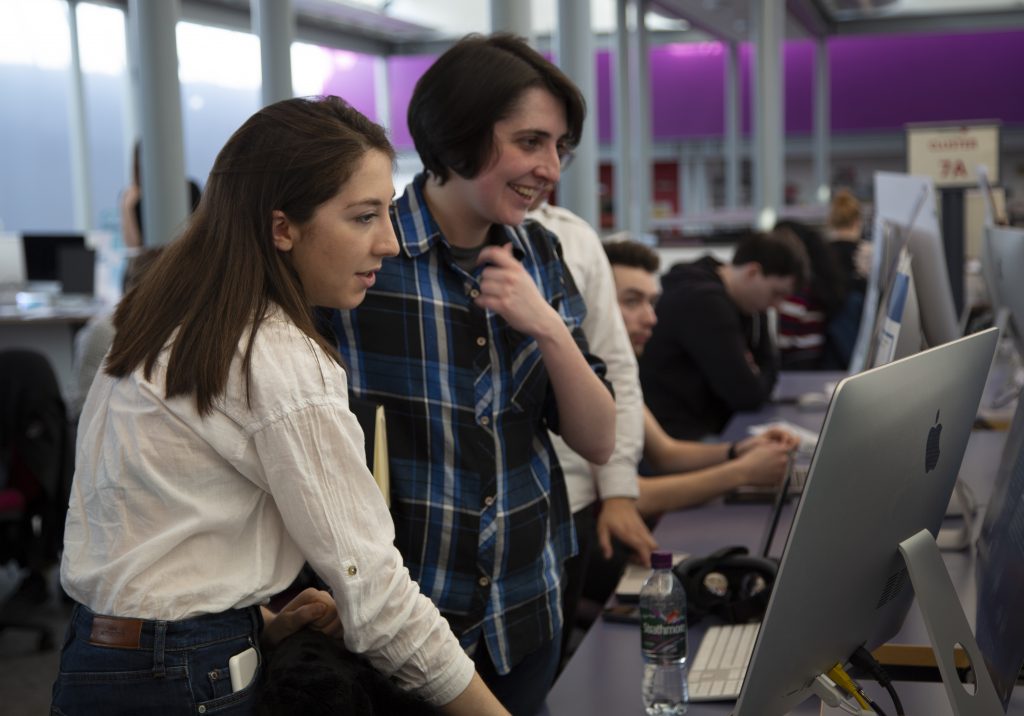 This work was produced as part of the 60 credit honours project, overseen by Dr. Tom Flint.

Thank you to Elena (year 3 Digital Media)  for taking the photos. 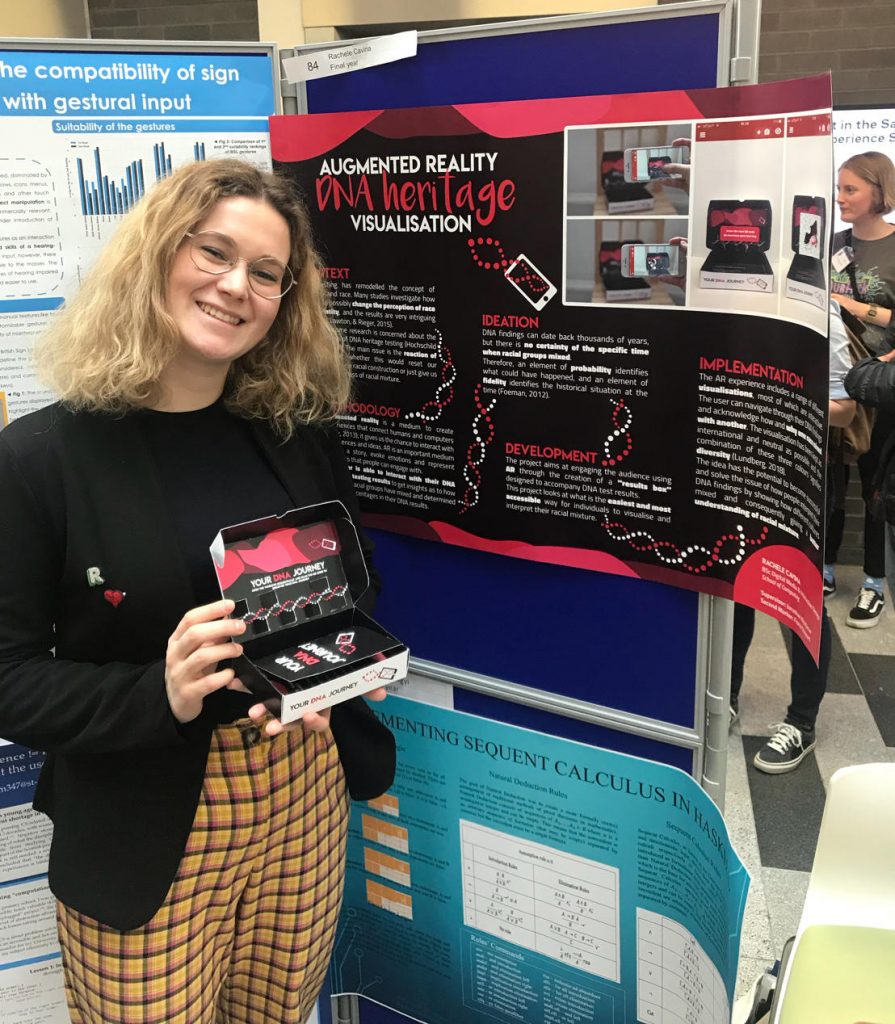 Rachele with her wining poster

Rachele Cavina, one of our final year BSc Digital Media students has come home with first prize in the final year category at the BCS Ada Lovelace Colloquium.  The event happens in April every year and brings together female students of Computing from across the country.  She used the event to showcase her honours project, which uses  Augmented Reality and animation to visualise DNA heritage.  You can see more of the project here – https://reci1996.wixsite.com/rachelecavina/copy-of-interactive-map 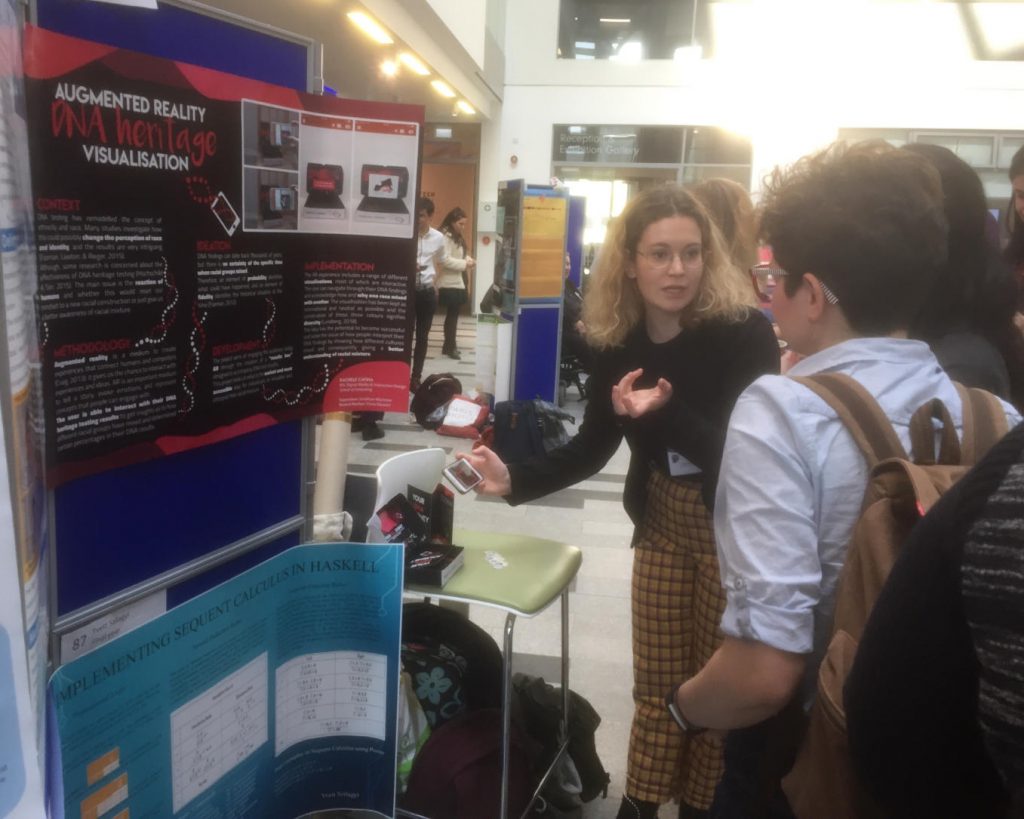 Rachele discusses her work with other delegates 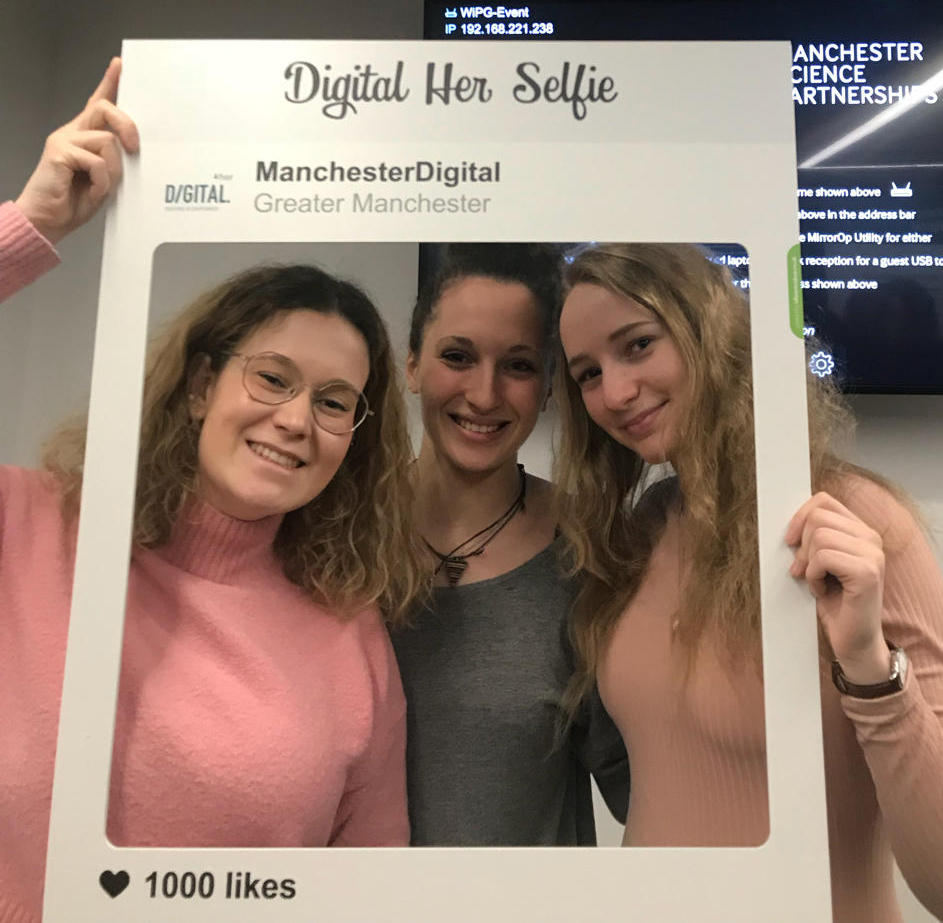 Rachele was joined at at the event by Mari-Nikol and Elena, two of our year 3 students who also presented their work.

Thank you to Rachele for allowing us to share her work.