Step by step towards the next REF…

A number of things have been happening over the last few months as we move towards the next Research Excellence Framework (REF) exercise. The results of which are expected to be reported in 2021.

In a significant step yesterday, HEFCE announced the appointment of Kim Hackett as the manager to lead the development and implementation of the next REF. After time to consider the feedback from the online consultation and briefing events which took place earlier this year, “initial decisions on the next REF are expected to be confirmed later this year” (HEFCE 2017). 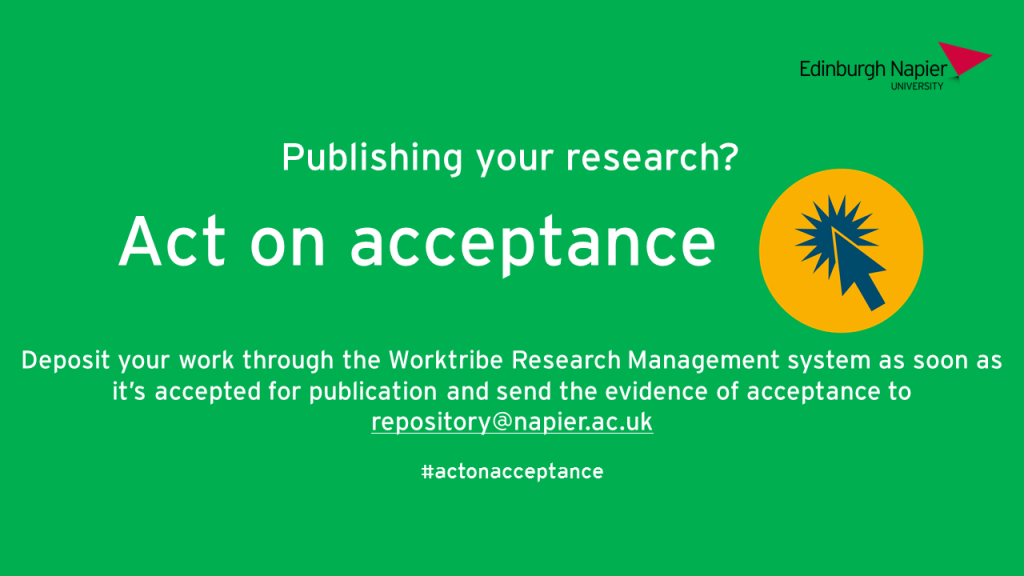 Until 1st April 2018, you must deposit your work in an institutional repository within 3 months of publication if you want it to be eligible for inclusion in the next REF. However, this rule is going to change on 1st April 2018 when you must deposit your work in a repository within 3 months of acceptance for publication. Ah! There’s a subtle change of wording there, but the deadline for action by you becomes much tighter! So, along with other institutions, we strongly recommend that you ‘Act on acceptance’ and deposit your work through Worktribe Research Management System (RMS) as soon as you learn it has been accepted for publication. Yes, we’re getting a bit ahead of ourselves as this new rule coming into force in twelve months time but it’s good to get into the habit of complying with this rule now. For you, there’s the benefit of knowing that your work will be eligible for inclusion in the next REF.

Meanwhile, over the last year there’s been a huge amount of work going on behind the scenes getting the new Worktribe RMS up and running, including the huge, unenviable task of transferring all the data across from the old repository. If you want to know more about how to use Worktribe, there are an impressive number of training sessions organised by RIO. For details on dates, times and locations see this webpage where you’ll also find help-guides on how to use the new RMS.

Comments are closed, but trackbacks and pingbacks are open.