Sir Max Hastings is a British journalist, editor, historian and author- most famously known for his work as a foreign correspondent for the BBC who reported from more than sixty countries and eleven wars for BBC TV’s 24 hours current affairs programme.

Hastings entered the main Baillie Gifford Theatre to a full-house this morning and upon arrival received a very warm welcome. His talk and Q&A was chaired by Al Senter, an arts journalist and broadcaster. 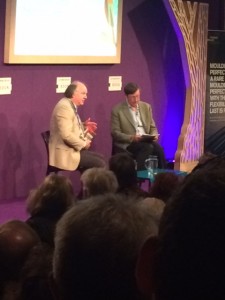 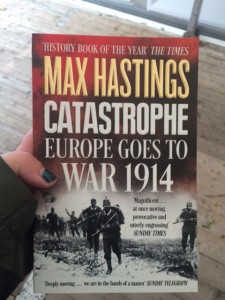 Sir Max began his talk by stating “every great historical event becomes shrouded with myths over time; 1914 is no exception”. His new book ‘Catastrophe’ which has already been named ‘History book of the Year’ by The Times was the main focus of the event itself with the main question presenting itself as; what happened to Europe in 1914? 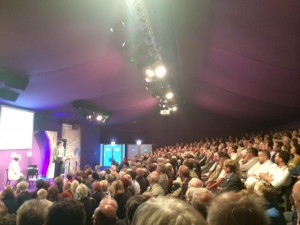 He moved on to discuss the role of women in the war and how women’s role in western society had ‘changed completely’ following the war, however  as he humorously added (they) were ‘initially confined to knitting, including knitting mittens that would fit baby elephants’- which through the seriousness of the talk, brought resounding laughter from the audience.

German politics at the time was touched upon and Hastings spoke of how Germany could have prevented the war in 1914 by communicating with Vienna and telling the Austrians to stop invading Serbia, however as was the case the Germans did not. He believes, as do other historians particularly in Germany, that if Germany had not gone to war, the continent would have been under German control by peaceful means, as it was a hugely advanced country at the time.

He then spoke about the amount of killing that happened within the war and stated “an enormous amount of killing had to happen for one side to prevail.” It was a shock for myself and a few others in the theatre when he spoke of the sheer amount of losses that happened within Great Britain at the time. Over the course of World War One, over 700,000 British Isles men died fighting for their country. As Winston Churchill was quoted by Sir Max Hastings at the end his talk “no part of the great war compares in interest with it’s opening… moreover in the beginning our faculties of wonder, horror and excitement had not been cauterized and deadened by the furnace of years”.

There was time at the end of the talk for a couple of questions, during one answer Hastings gave a quote that I believed ended the entire event fittingly:

“Wars begin when you will, but do not end when you please” – Niccolo Machiavelli.

Overall, Sir Max Hastings provided a delightful Sunday morning for many in Edinburgh. His stories and his knowledge of the Great War were incredibly insightful and interesting. You can order his book online at: Catastrophe: Europe Goes to War 1914 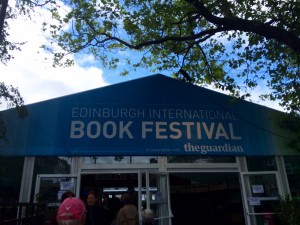 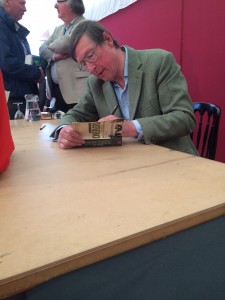