It was a very relaxed Kate Adie who addressed an expectant book festival crowd on Wed 21st August. Kate was there to promote her latest, and very different book ‘Fighting on the Home Front: The Legacy of Women in World War One’, examining what life was really like for women during WW1 and the impact of women’s work on the home front.

She aims through her book to chart the neglected ‘heroines’ of the time as very little has been written to date on civilian British women and the effects that the war had on them and indeed they had on the war. A distinguished war reporter familiar with the trenches of Sarajevo, and not the Somme, Kate recounts how women are often the ones keeping everything together at home by focusing on the normalities and banalities of life. Kate delivers witty anecdotes about her war time experiences and draws parallels with the women who are the key focus of her book.

Interesting comparisons are made with the aristocratic women of Downtown Abbey who were a small percentage of wartime women and instead Kate focuses on the lives of working class women. What adds depth to the story is the backdrop of the rise of those ‘Horrible Suffragettes’ as Queen Mary calls them, powerful women such as Emily Pankhurst and Elsie Inglis. Women were patronised and not given the same opportunities to progress and were considered to be inferior. This view is compounded by the attitude of the medical profession who recount tales of how women have smaller brains which will overheat if given too much information!

However, Kate recounts how the war helped to emancipate women and give a vehicle to the women’s protest movement as women were thrust into the limelight and into previously unheard ‘male positions’. Prior to the war prostitution had a been a major problem amongst working class women living on the edge with no opportunities for working and bettering themselves and evoking a moral panic. Innovations included the first women’s Police force, farming the land and working in the ambulance service. Kate presents interesting stories of women taking on courageous roles, no longer seen to be invisible. She tells the story of Flora Sandes initially a St. John’s Ambulance volunteer, who travelled to Serbia, where, in the confusion of war, she was formally enrolled in the Serbian army. She was subsequently promoted to the rank of Sergeant major, and, after the war, to Captain and was the only British woman to officially serve as a soldier in WW1.

With work however came freedom as women were encouraged to move away from home to work, living together in hostels. She tells stories of women in Glasgow meeting in local places, engaging in shopping activity and even playing football (25,000 people came to watch a charity womens football match in St James Park).

There was still however a rigid class system in place with most of the physical and demanding jobs being done by working class women and most women encouraged to work in the munitions factories earning half the wages of men. Middle class women tended to work in charity fundraising and voluntary organisations such as the WAAC.

Thus a very different picture of war time Britain and the role of women emerges instead of proving what women should do the war played a key role in proving what women could do. Kate finally argues that what really mattered is whether these changes were ‘long lasting’ or just for war time. 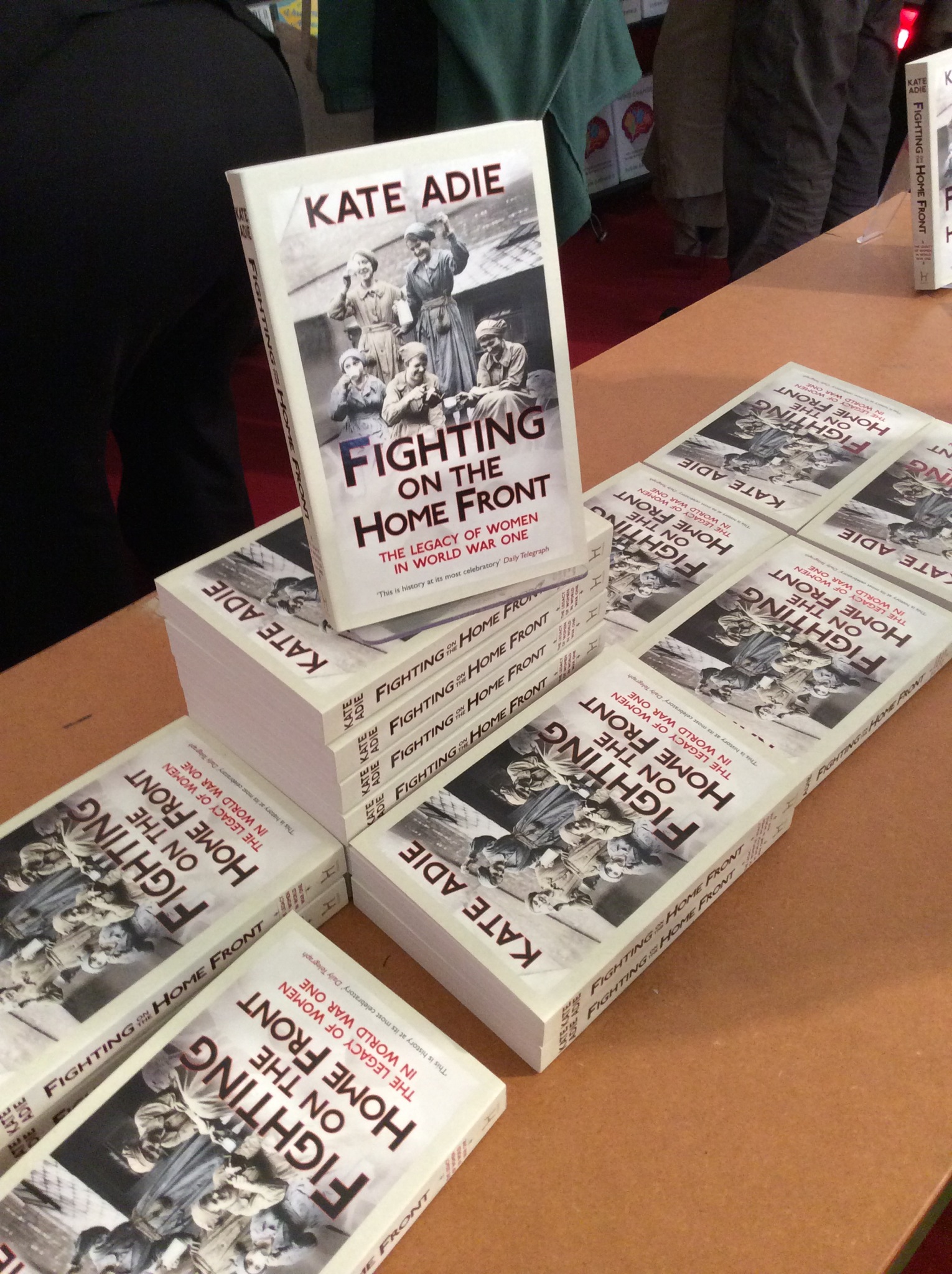 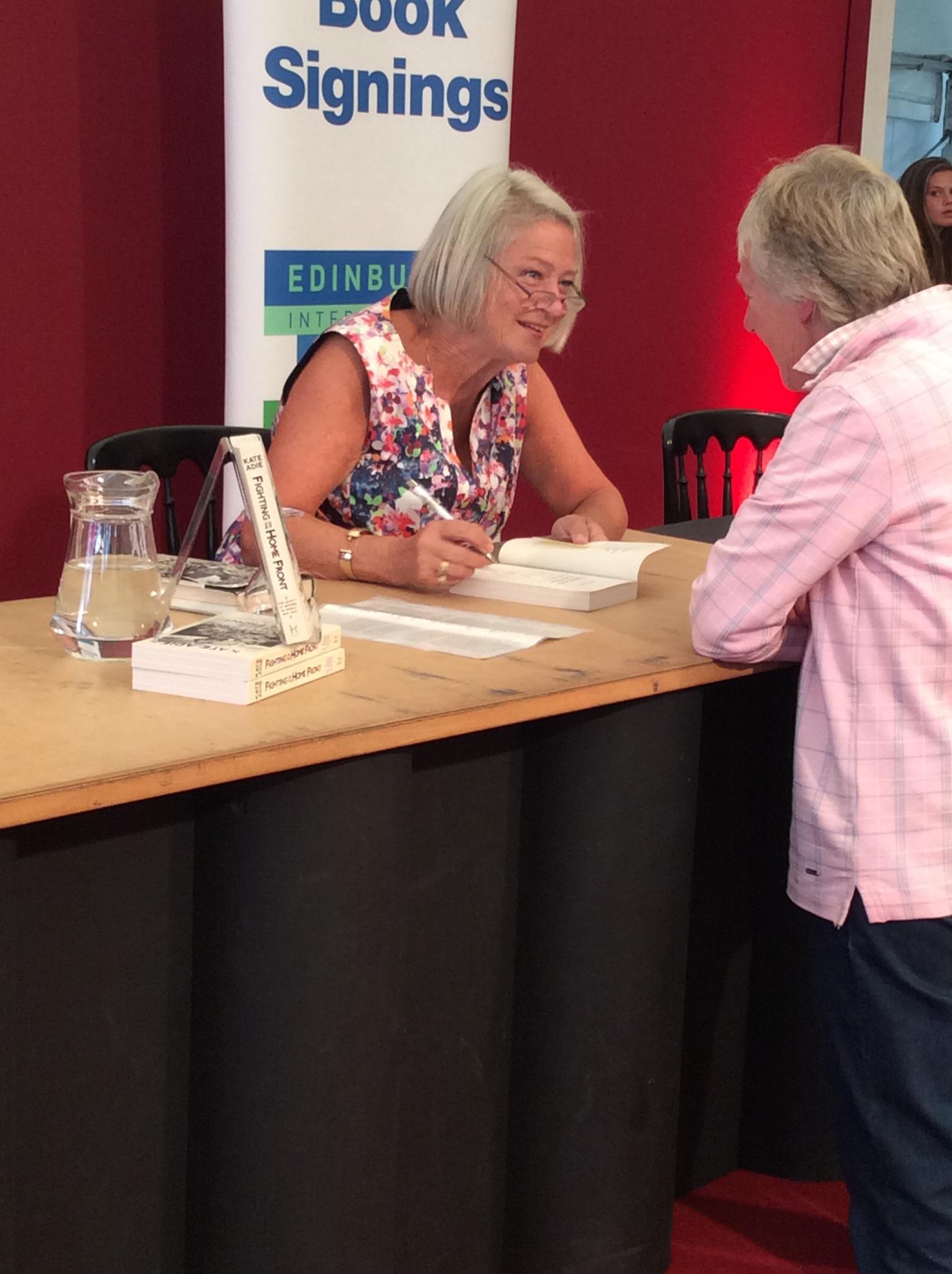