And the winners from the EV School Workshop are …

We were amazed at the quality and standard of the posters which were submitted from the schools at the EV School Workshop on Tuesday 12th October.

Congratulations to the following pupils who won prizes in the poster competition: 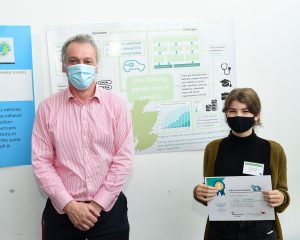 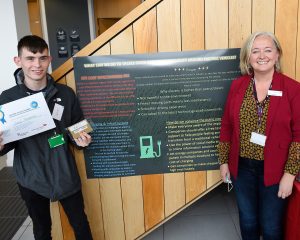 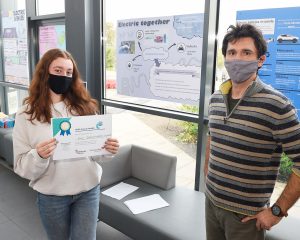 The pupils were tasked with designing a poster with the topic “Envisioning the future of EVs as a means to fight socio-economic inequality” with the following to consider:

Electric vehicles are widely perceived as the most environmentally friendly solution for road transport. The UK, in the Ten Point Plan for a Green Industrial Revolution, recently committed to an accelerated transition to electric vehicles, which aims to not only combat climate change but also to yield economic growth by transforming the infrastructure and the industry. However, this transition may come at a cost and amplify any existing socio-economic inequalities if the proper attention is not given to some key points of this new technology. For instance, the standard cost of an electric vehicle makes it unaffordable for many people of our modern societies. This cost is projected to decrease but it is yet unknown whether the decrease will be sufficient to make it a readily accessible product to all people. Another aspect that has been attracting a lot of debate lately is that of the charging, since it is yet unknown whether there will be sufficient charging stations to satisfy the needs of the whole population especially in a densely populated urban environment. Plus, the cost of charging for those people with no access to a charging point at home will be significantly higher than the rest, so high that may make its use unaffordable. These are some examples of the aspects that need to be considered in the envisioned Electric Vehicle Revolution not only in the UK but also abroad. The pupils are asked to make a poster illustrating their scientific ideas, where electric vehicle technology is used to fight not only climate change, but also socio-economic inequality.