Beyond Lockdown: A Stage, a Page and an Arts Lab 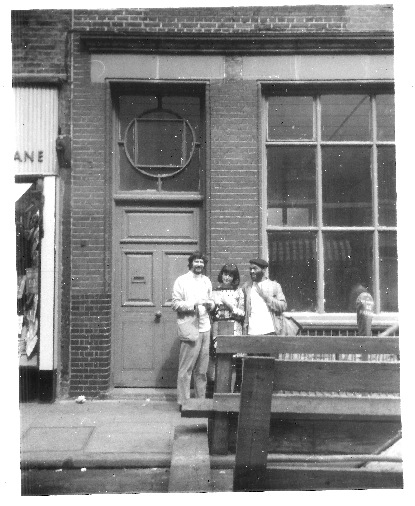 Could a membership base built on subscriptions become the model to relaunch theatre post Covid-19? PhD Researcher Martin Belk thinks the history of innovation that launched The Traverse Theatre in Edinburgh and The London Arts Lab in the 1960s provides a blueprint.

As the guy who placed the Jim Haynes* archives at Edinburgh Napier University, I get to trawl through decades of documentation – Jim is a meticulous record keeper – with all the notes and trimmings. As an accidental protégé of the late, great publisher and occasional curmudgeon John Calder*, I get to wrestle with it all, and here expand on my article last week in The Stage trade paper.

One thing that sticks out consistently with these and other titans of the literary & theatre scenes – whether at the first Edinburgh writer & drama conferences, Paperback Bookshop, original Traverse Theatre Club or the London Arts Lab is a willingness to adapt, innovate and embrace — if not champion — change. The irony that this is also a key tenet of any successful business is not lost on me.

From Canary Wharf, I can almost hear the desperate cries of the West End where the nightly cattle herd of tourists have vanished. When I return to Scotland, I imagine the same shrill swan-song billowing down from the Fringe offices on Edinburgh High Street. Festivals, as we knew them, are dead. Might this actually be a good thing for the arts?

Since my arrival from New York in 2004, I’ve sat on the fence about subsidized art and the highly-paid committees that govern it. We don’t have much of this in the USA, or as I prefer: untied states. To date, I’ve cumulatively spent enough time filling out Arts Council applications to write three complete new plays and a novel. Any critical path business strategist will tell you: bad use of time. Quotas of any kind pave the road to hell. Perhaps Covid 19 will change all this.

The reason you may know Samuel Beckett, Marguerite Duras or William S. Burroughs — (or the 20 Nobel Prize winners for literature he published) is because Calder took the authors in his car, the boot filled with books, and toured pubs, bowling clubs and town meeting halls. The reason some still talk about Romeo & Juliet in Easterhouse is because Calder mounted productions using real gang members there. Now a proper theatre stands a block away.

The Traverse Theatre flourishes today because Calder, DeMarco, Haynes et al., built a membership base via subscriptions, and brought forth the new, the sketchy and the cutting-edge to a dedicated following. The legacy brand name, audience loyalty and reputation they built remains formidable. The short-lived but equally influential London Drury Lane Arts Lab — (founded by Haynes after a disastrous fully-funded attempt to establish a London Traverse at the Cochrane Theatre), is also evidence to the conundrum.

The Arts Lab, which received zero public funding — brought forth the first uncensored feminist play in Britain, and a laundry list of productions, art installations and film screenings to rival any commercial venture. John Lennon, Yoko Ono, Barry Miles, Leonard Cohen, Jane Arden, the Rolling Stones, Shirley Clarke, David Bowie, David Hare, Stanley Kubrick, Roelof Louw and Andy Warhol all figured into the equation. Why? It wasn’t contrived, it was cool. It was autochthonous. All of this was driven by a frenzied counter-culture, and a brimming social desire for cultural change. With the current climate, and the world erupting around civil rights – I believe opportunity awaits, especially at Edinburgh Napier. My PhD supervisor is based in the Business School. At SACI, the new Dean has put forth a sweeping interdisciplinary plan, and I think they’re all on to something.

Attraction rather than promotion.

In many ways, Covid-19 has narrowed and levelled the playing field, sustainability now depends on quality of content. Celebrity retailing and pushing product at audiences motivated by a fear of missing out is fleeting. The new focus should include a trade of the doldrum of ‘bums on seats’ for subscribed, dedicated audiences. With social distancing, the hallowed meet & greet is also pretty much moot. The future is quality work and calculated risks.

It’s good business to build cultural projects that reflect and question society. It’s good education to train people to lead in their respective field of interest, not cattle-prod them to barely navigate behemoth bureaucracies that have festered and encouraged favouritism for far too long. With an agenda based entirely on quality, the beggars-ball of funding no longer applies — corporate sponsorships and strategy partnerships become a privilege — the pursuit of excellence returns to centre stage.

Now, we just have to give audiences something nutritious to digest, rather than merely chew on. As was proven at the 1967 Arts Lab, the people will come. 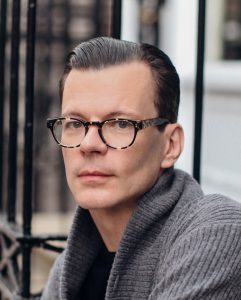 In addition to heading the aforementioned projects, John Calder was a highly successful publisher, bringing forth over twenty Nobel Prize authors. He also championed an international creative agenda and supported projects with local reach — such as productions of Romeo & Juliet using real gang members, Easterhouse, Glassgow (1972); and Martin Belk’s Writer-in-Residence programme at Polmont Young Offender’s Institution (2007-2014). Both received an honorary doctorate from Edinburgh Napier University — John Calder in 2002; Jim Haynes in 2018. Haynes continues to advise the archive project and is scheduled to participate in online learning in autumn 2020.