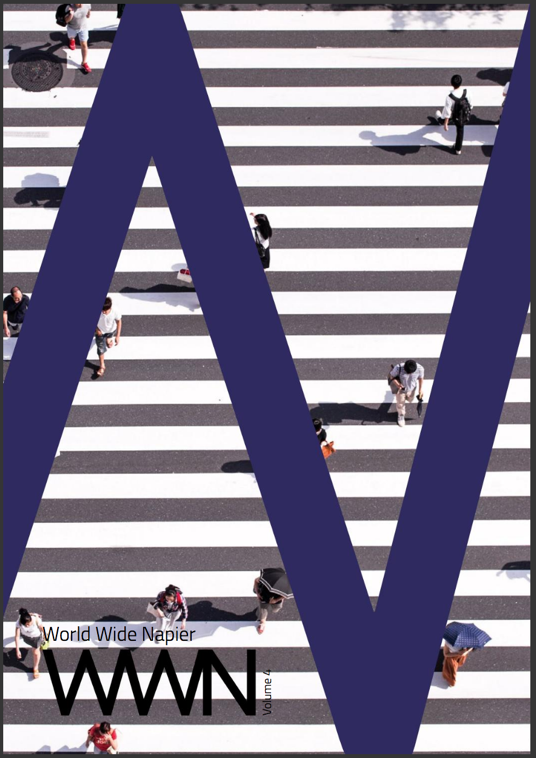 In 2017, Edinburgh Napier’s ‘Language’ students came together and created a magazine like no other called ‘Worldwide Napier’. The magazine is written in foreign languages to encourage students to learn and practice foreign languages creatively. So far, the magazine has published four issues while collaborating with School of Arts & Creative Industries ‘Graphic Design’ students which has led to positive reviews from internal and external sources including “enthusiastic” praise from the City of Edinburgh’s Vice-Convener. The magazine is now set to go overseas and collaborate with Isle of Man school, St. Ninians on an exciting new project that will set the foundation for the upcoming fifth issue.

The magazine was initially created to develop a sense of community within their own subject group of ‘Languages’ to make the most of their diverse cohort. It was to be their platform to come together as a group to communicate and share knowledge about culture and intercultural topics, while also enhancing their work-based and communication skills. However, due to Edinburgh Napier being home to students from 140+ countries the magazine has quickly drawn a lot of attention throughout the university.

Identity is always important, especially in this day and age where audiences are more aware about the content they consume more than ever. Worldwide Napier appear to be very clear about who they are as a brand and don’t shy away from it. International Business Management with Languages student, Ansten Augustus A. said,

“Through this magazine, we are delighted to match Edinburgh Napier University as well as the Business School’s values: it is professional, ambitious, innovative and inclusive and we do believe that it encompasses the following words: “empowerment, enterprise and employability for all”.

Those three last key words were encapsulated perfectly when they were to take on their biggest project yet for the fourth issue.

In 2019, Worldwide Napier collaborated with City of Edinburgh Council and The Language Acts and Worldmaking alongside other universities on a national initiative. The promising campaign saw several members of Worldwide Napier go to various secondary schools around Edinburgh  – including ‘Top 50’ schools, Currie Community High School and Craigmount High School – tutoring senior pupils in the art of article writing. The articles produced from this initiative are all featured in Worldwide Napier’s fourth issue “Languages Now”. The latest issue is based around an opportunity to reflect on the issues associated with languages in our current society.

The magazine has been such a success that the City of Edinburgh’s Vice-Convener, Alison Dickie told the group at the launch party for the fourth issue that she was “extremely enthusiastic” about the quality and impact of their work. The Vice-Convener’s words have been greatly welcomed by the Worlwide Napier team and have subsequently been supported by the magazine’s latest external collaboration.

In 2020, Worldwide Napier are set to take their magazine overseas and collaborate with Isle of Man school, St. Ninian’s on an exciting new project that will set the foundation for a very special fifth issue. Ansten went on to explain the reasoning behind this campaign by saying,

“The Isle of Man is a hive of European cultures, with lots of mainland Europeans calling it home. The island itself has its own language, Manx, similar to Scottish Gaelic, spoken by increasingly more people, thanks to a conscious effort by the locals. This year, so far, over half of the island’s high schools are getting involved in the project, with A-Level students writing in French and Spanish. This will foster an excellent relationship between the our two communities and lends an excellent example to the young languages students about what they can achieve and be a part of by being a language student.” 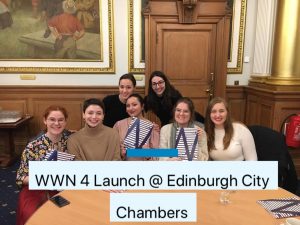 You can now read Worldwide Napier issues 1, 2 and 3 here and issue 4 here.

For any further information or queries regarding Worldwide Napier contact Sylvain Blanche: S.Blanche@napier.ac.uk