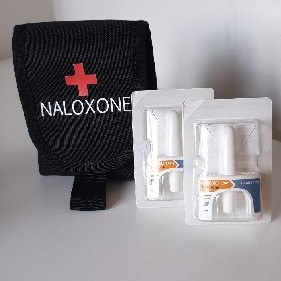 Police officers across Scotland should carry naloxone, an emergency treatment for drug overdoses, a new report has recommended.

An Edinburgh Napier University-led study backed the use of the nasal spray, which counters the effects of overdose from opioids such as heroin, following an independent evaluation of a pilot carried out between March and October last year.

The researchers also called for naloxone training to be made compulsory for all Police Scotland officers and staff.

Supporters believe naloxone is an important tool in tackling Scotland’s drug-related deaths crisis, by providing immediate first aid while waiting for the ambulance service to arrive and take over emergency medical treatment.

In response to the increasing drugs death toll, and the recommendation of the country’s Drug Deaths Taskforce, Police Scotland began a pilot project to test the carriage and administration of the treatment by officers.

Last year’s trial was initially launched in Falkirk, Dundee and Glasgow East before being extended to include Caithness and Glasgow custody and Stirling community police officers.

Naloxone packs were used 51 times in the course of the pilot, and by the end 808 officers had been trained in their use, representing 87 per cent of the workforce in the pilot areas.

A team led by Dr Peter Hillen and advised by Dr Andrew McAuley of Glasgow Caledonian University assessed the attitudes and experiences of police officers, the effectiveness of their naloxone training and responses from people who use drugs and support services.

A total of 346 police officers completed questionnaires, with 41 taking part in interviews or focus groups, and further interviews were carried out with people who use drugs, family members, support workers and key stakeholders.

A majority of officers who participated in an interview or focus group were supportive of the pilot and its roll out across Scotland. Thirteen interviewees had personally administered naloxone, some on several occasions, and officers reported very positive experiences of naloxone being used effectively to save people’s lives.

While some officers considered carrying naloxone would lead to greater reliance on police by ambulance services, police overwhelmingly said that preserving life was the top priority.

Community stakeholders who were interviewed were supportive of the pilot as part of a range of initiatives to tackle the drug deaths crisis.

The study recommended that police carrying naloxone should be rolled out Scotland-wide, and that it should also be placed within police cars and custody suites to widen access.

As well as compulsory naloxone training for all police staff, the report urged consideration be given to measures to further address stigmatising attitudes towards people who use drugs.

It also recommended that officers be given ‘unambiguous information’ about their legal position if they administer the emergency treatment.

Professor Nadine Dougall, pictured, one of the team’s co-investigators, said: “Our evaluation has shown that there is significant potential benefit in training and equipping police officers with naloxone nasal spray as part of emergency first aid until ambulance support arrives.

“Many police officers told us they are often the first to attend people who have overdosed, and they greatly valued the potential to save lives in this way. People with personal experience of overdose also agreed naloxone should be carried by police officers but were keen to stress that naloxone was only a part of a solution to address drug-related deaths.”