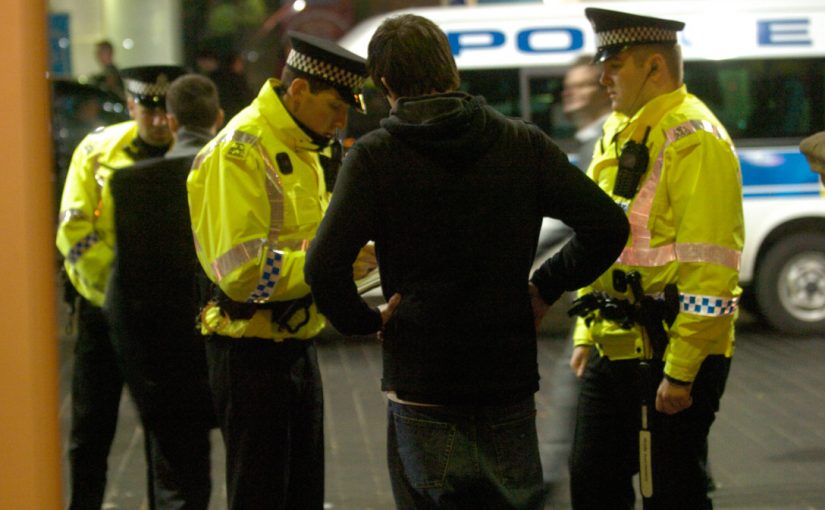 This blog is reproduced with permission and was originally published by the Scottish Centre for Crime and Justice Research (SCCJR) www.sccjr.ac.uk

Dramatic changes to people’s lives globally, resulting from COVID-19, are having an impact on crime and the criminal justice system (CJS). As the police are the gatekeepers to the CJS it is important to consider the implications for policing. These sweeping societal changes shed light on a number of key aspects of policing, and provide an opportunity for police to enhance public confidence and legitimacy – or indeed to erode it.

Given that one of the central functions of the police is to maintain public order, a key issue is how to resource the ‘thin blue line’. Sickness absence during a pandemic presents a challenge, particularly given a backdrop of austerity where officer numbers have been dramatically reduced (especially in England). One of the key concerns for police unions has been protecting the safety of the workforce e.g. through appropriate PPE. Union action is important, particularly given police don’t have a right to strike, and securing workers’ rights is not just the right thing to do for the police workforce, it’s also important in order to protect the public.

A fundamental issue with introducing new legislation in a rushed manner is the potential for governments to take advantage of the situation. It’s important to ensure that these powers are for as short a time span as possible, so restrictive emergency powers can’t be used once the crisis has passed. However, it’s important to note that new police practices have been introduced in order to enforce public health measures brought in by government. A public health approach is not unfamiliar territory for policing, and indeed in Scotland enhancing the safety and wellbeing of communities is enshrined in legislation as a core purpose of policing

A tricky aspect for police practice has been the difference between government guidance around social distancing, and the legislation and what can be enforced. Also, public understanding of government guidance may be confused, particularly given variations at a local, national and UK level, so this is a challenge for police in Scotland. Clarity in communication is central to compliance, and to reducing calls to the police seeking clarification.

A fundamental concern with police powers is always the balance with human rights and, as with stop and search, between securing public safety and individual rights and freedoms. This comes into renewed focus when new legislation opens up the likelihood of a wider spectrum of society to being policed in this way. People tend to be more bothered when it’s something they might experience, rather than the policing of ‘the other’. Given the implications of lockdown will vary depending on people’s situations, and will be layered with inequality, this will impact on the likelihood of being policed. Various debates have emerged regarding differential enforcement, the use of ‘spit hoods’, and Fixed Penalty Notices.

That said compliance has generally been high. It’s important to acknowledge that the intended approach taken by the police has been to engage, and only enforce as a last resort. This is a good thing given that engagement approaches are connected with public confidence.

Why is public confidence in policing important? The CJS relies on people coming forward as a victim or witness, and we know that people are unlikely to share information if they do not have confidence in the police. We also know from the extensive procedural justice literature that how people feel they have been treated in an encounter with the police has an impact on cooperation and compliance. Increasingly, the ways in which people are making contact with the police are becoming technologically-mediated (e.g. via online reporting or social media) but we don’t know what impact this has on legitimacy.

Given the concerns raised above, the governance of these new police powers is important. Mechanisms could include internal governance, making police data publically available, external oversight bodies, civil society organisations, and judicial remedies. In Scotland a new Independent Advisory Group has been set up to review the police use of temporary powers.

Changing crime patterns will have an impact on policing demand and require strong communication from police to increase public awareness (e.g. cyber security) and encourage victims to come forward (eg. domestic abuse). Whilst it is unclear how things will unfold over the coming months it is likely that policing will need to respond to variations in social distancing guidance and compliance. Trust in government decisions, as well as in the police, will be important in encouraging compliance. Indeed it may be that action will be taken to hold governments to account for failures to deal appropriately with the pandemic. There is also potential for social unrest and protests associated with an economic downturn. Policing organisations will need to take very seriously their commitment to the well-being of their workers, who are policing in a stressful context. It’s also important for police organisations to engage and listen to frontline views.

In these extraordinary times governments and police in some jurisdictions will take the opportunity to introduce coercive powers and surveillance measures. Indeed it would be a shame to let a good crisis go to waste -but this should involve taking brave and progressive action. For example, with a pandemic layered on top of a drug related death epidemic, it would be worth introducing safe prescribing and diversion for drug possession. There is also an opportunity for the police to take action which enhances public confidence.

Images are copyright of PoliceScotland