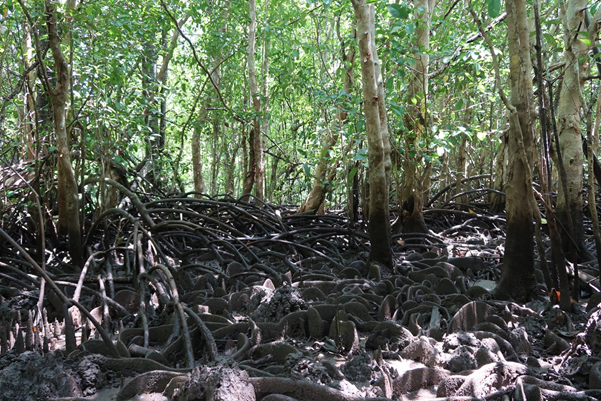 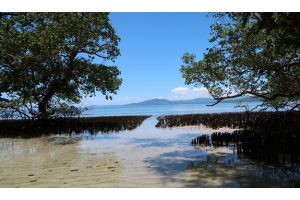 Marco Fusi is a post-doctoral fellow in a research group led by Dr Karen Diele at Edinburgh Napier University. He completed his PhD at the University of Milan, studying mangroves and other coastal ecosystems around the Indian Ocean, in countries such as Sri Lanka, Seychelles, Kenya, Mozambique and South Africa.

Following his PhD, Marco has continued studying mangroves, with his post-doctoral fellowship research focusing on the Red Sea mangrove and seagrasses ecosystem.

Marco believes marine life is a natural laboratory, where environmental stressors shape and guide the evolution of life, especially in the light of the dramatic changes led by rapid global warming; and he has a strong passion towards his subject. His most current research project is the NERC project 2018-2021 – As Good as (G)old, which is led by Dr Karen Diele at Edinburgh Napier University.

The aim is to understand the ecological processes in coastal restoration. This will be achieved by comparing coastal areas in North Sulawesi, Indonesia that were previously exploited by intensive and unregulated shrimp farming activity, but which have now been restored to natural mangroves.

The project involves a diverse and multi-disciplinary team made up of scientists from both the UK and Indonesia who aim to understand the biological process that characterise restored mangroves in depth, in order to assess if they regain the full functionality of the natural mangrove.

Marco hopes the research project will deliver two major achievements. The first is to deliver a high impact case study on how the restoration process affects the ecological interaction amongst the species that live in the mangrove – from animals to bacteria.

The second major achievement would be to develop a cheap and fast method for rapid environmental assessment in coastal restoration.

The hope is to implement a conservation strategy that is able to monitor the health of the mangrove ecosystem to protect the sea and the people living nearby.

“Marine life is a natural laboratory where environmental stressors shape and guide the evolution of life, especially in the light of the dramatic changes led by rapid global warming.” 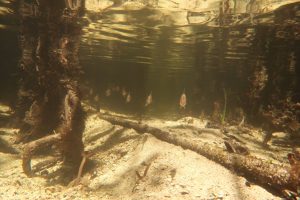 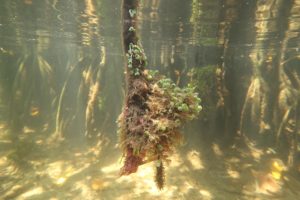 Left: Mangrove root create the right habitat to act as nursery habitat of fishes. In this picture you can see little cardinal fishes that find shelter among the mangrove roots.

Right: Mangrove root host a very diverse community of marine species. In this picture you can see a rich community of algae, sponges, tunicates that lives on a mangrove root. Bu creating structurally complex habitat they enhance the marine biodiversity.