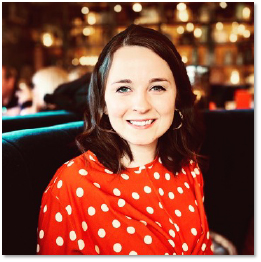 What does your current role involve?

I’m a Product Manager, sometimes referred to as a Product Owner, in the Scottish Government’s Digital Transformation Division. My role is to understand the users’ and the business needs and set the direction for what we’re developing. It’s quite a common role in the private sector, in terms of things like developing apps. In Government, we tend to focus our work around services, so we’re thinking about the service that’s being delivered to the end user. My team are working on a service for outbound payments to people, whether that’s benefit payments or grants or pension payments. We’re still very much in a development stage, so my role day-to-day involves things like interpreting what’s come out of user research, understanding business needs, such as rules around payments, and using that to determine the priorities around what we need to build and deliver. I work closely with everybody across the team — delivery manager, business analyst, user researcher, service design, developers and technical architects — lots of different roles.

What do you enjoy about your role?

I like being in the middle of things. I like the fact that I need to look all around, I need to be interacting with the development teams, I need to know what they’re doing. I need to have enough of an understanding that I can have conversations with them and give direction in some areas, without being too deep in the technical detail. I’m also interacting with people in the financial processes side, as well as potential users in some scenarios as well. I’ve got a 360 degree view of what’s going on and I need to be at the centre, being the person that can make sense of all those different bits and pull it all together. I’m a Big Picture type of person so I like having that wider viewpoint and trying to see the connections between things, seeing where we could make things better. And I really enjoy learning new things, for example I’m learning a lot about Cyber Security at the moment — because of the nature of what we’re doing, it’s really important I’ve been able to spend quite a lot of time with experts learning about it. Similarly, things like Cloud Architecture were quite new to me, but I’ve had the opportunity to start upskilling myself and I’ve really enjoyed that as well.

How did you get into tech?

While studying Politics and French at uni, I did an internship in an HR department of a big insurance company in the US and spent quite a lot of my time on a digital project, looking for a new provider for part of their recruitment process. I spent a lot of time gathering requirements and spending time with their technical teams — stuff that is similar to what I do now and I really enjoyed that. After uni, I went into a graduate scheme with Accenture. That was quite an accelerated period of development, doing loads of different stuff and learning lots — business analysis work, some change stuff, some project management, really  getting exposure to the breadth of what you can do by working in digital projects.

Then I joined the Scottish Government as a (digital) Transformation Manager. That was a great opportunity, because it brought together two areas that I was interested in career-wise, combining an interest in government and current affairs with digital. Initially I worked on the Social Security programme which felt like an opportunity to really make a difference. They were building this up from scratch and taking a user-centred approach — putting people at the heart of it — and I saw a really big digital opportunity there. I was working on what’s now the Child Disability Payment and I found that really rewarding, because we were trying to develop a service that worked well for people who are often in a really difficult circumstance, and focusing on making the service as straightforward and supportive as it could be. Since then my role has evolved and I’m now a Product Manager and also head of our Product Community of Practice.

What would be useful to support women in tech?

I think it can be difficult at times to know whether you have the right skills to do a certain job, so there’s something about understanding career paths and what you can do with different skillsets — how you can evolve them and move, whether it’s sideways or upwards, whatever gets you to where you want to go. A lot of stuff in the tech world, that we work with day-to-day, is really new. So while people can have years of experience in IT, they probably don’t have years of experience in every brand new technology that comes out. As things are opening up and changing, there are opportunities: you can learn about new technologies, and you can be as much of an expert as anybody else in it, because it’s new.

And encouraging girls to consider careers in tech?

It’s a wider set of careers than you might initially think. Tech is everywhere, so it opens doors. It can be a way to have a real impact in probably anything you can think of that you’d like to make a difference in. I was always interested in politics and government, and I’m able to make a difference in that field through a technology role. Think about what you’re interested in, be flexible, and be open to the new opportunities that can come with the development of new tech in the future.

In a lot of tech jobs, what you’re doing is developing something for people, so a lot of your job can end up being around understanding people. I’ve always worked in teams that work very collaboratively, so you’ve always got that opportunity to build those relationships and have a great working experience with your team.