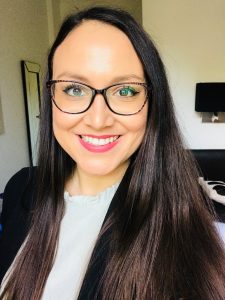 I graduated from Edinburgh Napier University with a Bachelor of Arts degree in Psychology in 2014.

During the degree, the modules that inspired me the most were Researching Psychology and Critical Psychology, since we were challenged to critically think about the underlying, epistemological assumptions of the field of Psychology. That’s also when we were introduced to psychoanalysis and discourse analysis, particularly of a Lacanian orientation, which is based on the theory of French psychoanalyst Jacques Lacan. This had a huge impact on the way in which I view human nature, and on my next career steps.

Being slightly burned out after having taken the final year of undergraduate studies very seriously, I was craving to continue something low-key in postgraduate studies. Since I had wanted to become a psychotherapist for a long time, I decided to pursue a postgraduate certificate in Counselling Studies at the University of Edinburgh. I did this part-time while also working part-time as a personal assistant with people with disabilities. However, undertaking the certificate left me with a desire to continue learning more about subjectivity through psychoanalysis. I missed the in-depth, critical lens that academia offers, and particularly that from a Lacanian psychoanalytic perspective, which I found incredibly stimulating and about which I wanted to learn more.

For this reason, I decided to pursue a PhD in Lacanian psychoanalysis in relation to a topic in which I was very interested: the experience of fatigue. The road to obtaining funding was far from easy though. After a year of trying, while working full-time as a support worker, I finally and thankfully received a fully-funded stipend from Edinburgh Napier. Four years later and at present, I just submitted my thesis and passed my examination. I can’t believe I not only ‘survived’ and wrote a thesis, but how much I learned and changed from this experience.

As the PhD did not quench my curiosity about human nature and particularly in relation to the formation and experience of symptoms in contemporary society, I am hoping to obtain a research position where I can further explore this. I am also passionate about teaching and am currently working part-time as a private tutor with university students at all levels at the company The Profs. I would love to eventually obtain an academic position where I can do both.