Here you can read about a selection of our 4th year projects conducted by our students here at Edinburgh Napier. 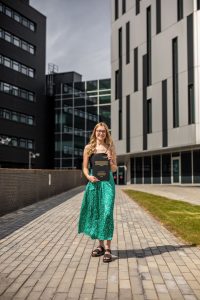 Students’ and Parents’ Perspectives on Students’ Term-time Accommodation and The University Experience Within the Dyadic Relationship: A Multi-perspective IPA Design

There is a lack of literature exploring the parents’ role in the student experience. This investigation intended to explore this gap, aiming to look at personal and individual experiences of both stay-at-home students and their parents concerning the student experience. Semi-structured interviews were conducted with three Edinburgh Napier University students who had experienced both living at home and living in student accommodation while studying and three parents (one from each of the students). The research was conducted in line with Ryan and Deci’s (2000) Self-Determination Theory (SDT), relating the research to three universal and innate psychological needs: competence, autonomy, and psychological relatedness. Results were analysed using a multi-perspective interpretative phenomenological analysis design (IPA) (Larkin et al., 2018; Smith et al., 2009). The analysis revealed four super-ordinate themes for students; to stay or to go, commuting, support beyond parents and expectations. Three super-ordinate themes emerged from the parent’s interviews; academic advantage, parental involvement, and the student-parent bond. These findings have implications for the way universities consider the student experience and contribute to the knowledge and understanding of stay-at-home students and their parents’ experience.

The Implicit Exclusion: A Qualitative Exploration into the Boundaries of Music and Race

The globalisation and commercialisation of music has fundamentally transformed the way music is attached to identity. Through globalisation practices, dominant groups have appropriated and re-formed musical genres in accordance with their ideals, by contrast minority groups have had their cultural identity stripped from its connection with music. This dissertation will sit alongside this continuing process, exploring the opportunities to possess an eclectic preference in music between White and Black people. Using online focus groups and a discourse analysis approach, it will argue exclusionary practices restrict Black people from adopting cultural preferences and identities while White people are able to freely self-select an array of cultural identities, and suggest this process is a detriment of the psyche to marginalised communities. 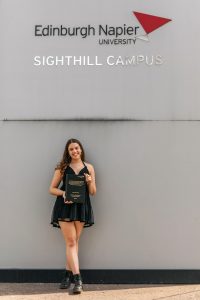 The current research investigates the relationship between globally and sport measured motivation and motivation levels experienced during the COVID-19 pandemic in athletes. Previous research has looked into motivation by athletes; however, there is now an opening to explore the impact the pandemic has had and whether this affects an athlete’s level of motivation. The research used 30 elite-level athletes aged 18-38 (M = 24.80) and was a correlational design. Participants carried out four questionnaires, including a short demographic questionnaire, The Global Motivation Scale (GMS-28), Sport Motivation Scale (SMS-6), and a COVID-specific questionnaire created by the researcher. Regression was chosen as the analysis for the research, and the results showed minimal significant results. The results could explain some of the research implications, but they were approached cautiously. The research found that participants had a consistent level of intrinsic motivation across predictor variables, and sport and global motivation did not predict the outcome variables of the level of motivation experienced in COVID-19. It was, therefore, assumed that participants were not affected by external factors such as COVID-19 as they had reached an elite level where their cognitive processes allowed them to remain motivated. 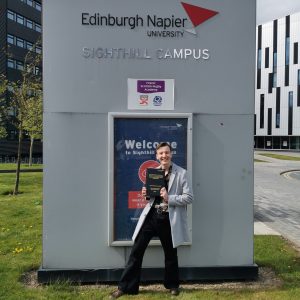 With student populations experiencing unprecedented levels of stress and anxiety from their studies and more recently from COVID-19, it is important to understand the ways in which students can help regulate their wellbeing to prevent poor mental health. Musical activity and especially musical groups have previously been noted as a way for individuals to regulate their mental wellbeing and relieve stress, however the exact reasons behind this are still debated. Research into musical groups has traditionally focused on choirs, however less have considered the effects of instrumental groups. This mixed-methods study investigates the effects that extra-curricular instrumental groups may have on student mental wellbeing and how this group membership impacts their life as a student. For this study 67 students in higher education were recruited to complete a survey measuring mental wellbeing and stress related to their academic studies. Of these, 34 were from instrumental musical groups and 33 were from sports teams to draw a comparison between different types of extra-curricular activity and pinpoint any potential unique aspects of musical groups. Four music group students were recruited to take part in semi-structured interviews to gain a deeper understanding of their experiences within these instrumental groups and how it impacts their mental wellbeing. Results indicated that there were no significant differences in mental wellbeing between the instrumental and sports groups, however, results also showed that sports group students were significantly more stressed by academic
expectations than music group students. From the interviews, students reported that instrumental groups provided a place for creative expression, improvement to musical skills and an enrichment to their lives/routines providing an escape from university studies. These findings and their implications are discussed relevant to self-actualisation, social identity theory and literature of wellbeing which can be applied to student life, highlighting the use of these groups as a potential coping mechanism for students. The limitations of this study and ideas for future research
are also discussed. 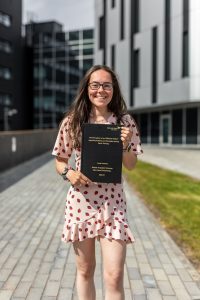 A confusion between humour and bullying is represented within several working environments (Alexander, et al., 2011), however, this concept is being pushed further within this study to include discipline, specifically within Army Basic Training. Soldiers are built into combat effective individuals fit to fight for their country, through teamwork, resilience, and confidence (King, 2006). Army recruits have reported through Ministry of Defence (MOD) statistics, a lack of support in cases of bullying by peers or instructors. In addition to this, the solutions in place do not appear to be well understood (MOD, 2016; 2020). In the current study, the following criteria were applied to ensure for the most suitable participants: participants must be 18 years old or older, fluent in English, have access to an appropriate device for the research to take place through, be actively serving in the British Army as a regular soldier, and completed Army Basic Training within the last five years. Six soldiers were recruited and asked during qualitative interviews, to speak of experiences that they have endured or witnessed of bullying, and also their opinions of discipline. For all participants, they understood and justified the use of extreme discipline within Army Basic Training and believed that it is a necessary attribute to creating an effective soldier. Grounded Theory (Corbin & Strauss, 2015) analysis was used to interpret the data. The concluding remark is that it is not the act itself that is considered bullying or discipline, it is the individual perspective of the act that decides what it constitutes. The study discusses contributing factors to this difference in perception. The potential implications of this research look to develop appropriate and effective training environments for young recruits, with the most suitable services and education available to combat bullying at this early stage.