”…. there’s no better feeling than seeing your code work or learning new avenues of technology” 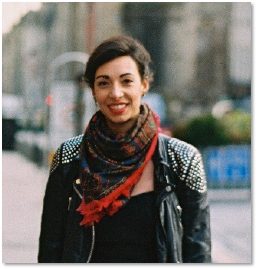 How did you find your way into tech?

I have recently been hired as a data analytics and visualisation consultant. I started my undergraduate studies in Literature, German and French. A year later I dropped out and travelled for two and half years. I then went back and completed my undergraduate degree in English Literature. Thereafter, I worked my way from a temporary worker in a digital marketing company to being a full-time Media Strategist and then worked my way into a social media marketing/search engine marketing position. It was in this role that I developed a love of technology and data. This role introduced me to the world of technology, specifically web development. I had only known of web development as hardcore coding, but it was through understanding how a web page ranked and the importance of how a website was developed for google ranking that I began to be aware of the simplicity and creativity of web development.

In this time, I had also made a female friend who was a software engineer. I remember asking her how she got into such a role. She told me she had an undergraduate degree in dance and was previously a ballet dancer and that her dad was the one who taught her code. She then told me how anyone could code and that she was trying to get into UX design. It was then that I decided that the intricate world of tech would be for me but not then as I decided to go and travel abroad for another 3 years.

I went and travelled, found my now partner and decided to pursue a career in tech. I searched for a university that would offer a master’s in computing but one that would provide training in web development and UX. The university that I found was Edinburgh Napier University which offered the diverse program I was looking for and had the permaculture Lionsgate. I was extremely intrigued by the Lionsgate project as I had spent years while travelling working on organic permaculture farms. The permaculture Lionsgate is a project that combines sustainability and technology. The Lionsgate sounded like an absolute dream as my sole reason for getting involved in technology is it has the biggest potential for assisting the climate emergency and reversing global warming.

What does your role involve?

From what I’ve understood of the job duties and through my discussion with my future managers, it seems that the role will involve a lot of data analysis. What I’m most looking forward to is working on big projects that will influence stakeholders to make important infrastructure decisions. I’ve also been informed that I will learn how to calculate carbon emissions for each infrastructure project. Thereby, being able to help influence stakeholders to make positive decisions based on the data.

Essentially this role involves the use of data to encourage positive infrastructural growth..

What advice would you offer?

I think you should try a diverse range of tech courses as you would be surprised as to what aspects of technology you find interesting. Computing is an extremely rewarding degree and there’s no better feeling than seeing your code work or learning new avenues of technology.

In terms of gender imbalance on the course I personally didn’t have this experience on my course as my program was very international, which I absolutely loved. Although any of the boys that I worked with on my course seemed just as lost as I was, which made me feel much better as it put this stereotype of boys being more tech savvy to bed as I clearly saw that it wasn’t true. I feel that even if it had been more male than female, I think you would be surprised to learn that everyone is learning together.