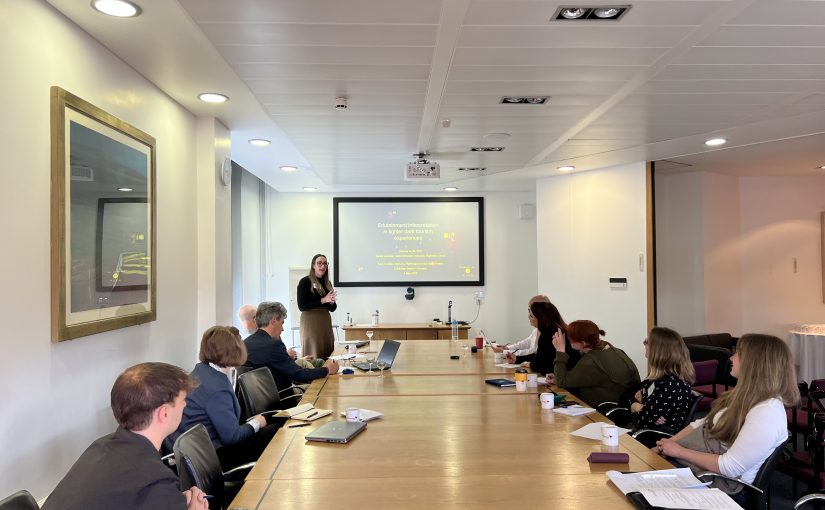 The Tourism Department (The Business School) and the School of Arts and Creative Industries hosted the first ever blended contact research symposium on dark tourism on Thursday 5th May.

Whilst the symposium steering group had modest ambitions in terms of the scale of the event, we we delighted to be joined by a host of delegates from nearby Glasgow, Edinburgh and Aberdeen, but also a number of contributors that travelled some distance to be at the event, including Brianna Wyatt, Lindsay Steenberg and Simon McFadden from Oxford Brookes university, Tony Seaton, one of the two official ‘godfathers’ of dark tourism (along with John Lennon who presented), from Luton, and Philip Stone and Hannah Stewart from UCLAN. Jeff Podoshen from Franklin and Marshall College, Lancaster Pennsylvania, USA even made the trip across the pond to be with us. The event attracted an audience of some 60 remote delegates from as far afield as Lithuania, the USA and Canada.

It was particularly pleasing that such a diverse range of researchers contributed to the event, from those considered to be the pioneers of dark tourism to its current leading authors, and some early career researchers and PhD students who are taking up the challenge of producing the next row of books in the library that focus on some of the contemporary research contexts that were explored, including tours, exhibitions, digitality and the the role of film and the big screen in dark tourism.

The event received some really positive feedback, and facilitated some new research collaborations on areas such as ‘drowned villages’ and supernatural tours. 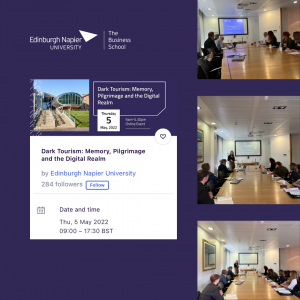 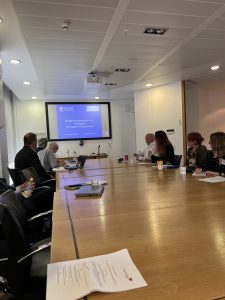 Abstracts and recordings of the proceedings are available here https://www.napier.ac.uk/research-and-innovation/research-search/events/dark-tourism-research-symposium-memory-pilgrimage-and-the-digital-realm

Welcome to Edinburgh Napier University Blogs. This is your first post. Edit or delete it, then start blogging!