In another year of incredible sporting feats – from Andy Murray winning Wimbledon to the Lions triumphing in Australia – it was a story about an under-10s team that grabbed me.

For those who missed it, a coach called Justin Byrne was sacked from Chalfont St Peter’s Football Club after sending an email to parents that said he was “only interested in winning”.

The media picked it up and radio phonelines were opened. Sadly, the debate, as it has in the past, was clouded in polarised and uninformed opinion. 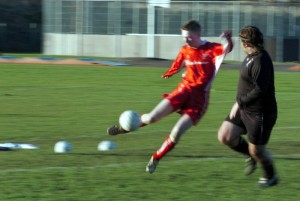 I have some sympathy with Byrne. British sport, particularly football, but most other sports as well, runs on a small army of volunteer coaches. Most are not trained, and yet the coach is the most important element in influencing whether the child comes back week after week, season after season.

However, children play because they enjoy the social interaction with their peers – the activity is incidental. Its adults, like the unrepentant Byrne, that determine if they remain motivated.

The successful head of a recruitment consultancy, he said that “people should be trained to win” and that “teaching children that the world is non-competitive would not do them any favours”.

First, it’s worth taking a look at that word competitive. It comes from a Latin root ‘competere’, meaning ‘to strive together’. What Byrne is really talking about is a form of competition which is called zero-sum. In other words, for us to win, some-one has to lose. But the world isn’t really like this. Yes, there are some specific contexts where the theory applies, but often winning or losing is not so clear cut.

Secondly, he was clearly interested in testing children in such a way that the ‘cream rises’. But what about those who are not the cream? It is like arguing that teachers should not teach those who can’t read, or don’t pick up long division as quickly as others.

In reality, the best players at under-10 level are the early bloomers. They are usually the physically largest and have more playing time to develop skills. It’s the mistake which football academies have been making for decades.

The statistics are clear on this – football academies are packed with players whose birthdays fall in the first part of the age groups eligibility year. Later developers are usually ignored. Has this led to a consistently high performing national teams? We all know the painful answer. 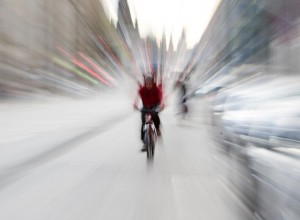 If coaches are really interested in winning they should look at the case studies of performers who have delivered the goods at the highest level. Dame Kelly Holmes, for example. There is no doubting her ability to win, but was she the best at 14? No, she was nationally ranked but over both 800 and 1500 there were 10 girls ahead of her. What happened to them? Or look at multiple gold medallist Sir Chris Hoy – at 14 he was riding his BMX.

What both these athletes had was a deep enjoyment of their sport which led to a willingness to work hard and keep winning and losing in perspective. For either of these performers the wrong motivational climate could have spelt disaster. And it’s especially important as young athletes go from the top of one age group to the bottom of the next. If they are motivated only by winning – what happens when they don’t?

It also takes a long time for a sports performer to become an overnight sensation.  Some research suggests 10,000 hours – roughly 10 years. So the motivational climate engendered by the coach is critical. Unfortunately, there are too many coaches who have no sense of how what they do and say impacts on those they coach.

In a way, Mr Byrne should be thanked for lifting the lid off Pandora’s box. If only the psychology of sport was as simple as he suggested.