Academics and researchers from across the School are involved in lots of different public engagement activities. You might come across us at Edinburgh Skeptics, Edinburgh Fringe, Bright Club,  or writing for The Conversation amongst other things!

We will be using this space to tell you about what we’re up to you, and where you can engage with us!

Dr Andrew Wooff appeared as an expert on rural crime at the Scottish Parliament cross- party group on rural policy (24 Feb 2016), along with representatives from Police Scotland.

The Criminology programme team have taken turns to chair the quarterly Lothian and Borders Community Justice Authority Workshops throughout 2015 and in to 2016 http://www.cjalb.co.uk/index.php?mact=News,cntnt01,detail,0&cntnt01articleid=22&cntnt01returnid=59

Two undergraduate students in Forensic Biology are currently undertaking their honours research projects on topics suggested by Scottish Police Authority (SPA) Forensic Services as current areas of research interest to SPA. The students will share their findings with SPA in due course.

Dr Kathy Charles will be at Dunbar Science festival on 11 March with ‘Champagne, oysters, buttered asparagus, chocolate, chilli… do these foods make just your heart rate rise..?  Come and hear about the science and psychology of aphrodisiacs so that you know exactly what those moreish morsels are doing to you’

Dr Clare Taylor will also be at Dunbar Science festival on 12 March with ‘Women – science isn’t for you! The UK desperately needs more scientists and engineers, yet highly qualified, talented and ambitious women are still deserting science & technology. What’s really going on? Could the answers be found in role models, mentors and male-support, or do women simply lack ability in science? Join Dr Clare Taylor, Edinburgh Napier University, to discuss what, if anything, we should do about it.

Dr Faye Skelton is co-organising a ’Super Recognisers’ event in collaboration with The Open University. The event will be held at Craiglockhart on the 27th and 28th May and will involve a workshop, networking dinner, and a series of talks on the Saturday. The event is a networking event for Police, academics and other relevant professionals and will be attended by some MET Police super-recognisers, as well as academics who have published research in the area, in addition to professionals from Tullieallan, SIPR etc.

Dr Calum Neil will be holding a public launch for his new book, ‘Ethics and Psychology: Beyond Codes of Practice’, at the Cameo cinema on the evening of 1st June. As well as a presentation by the author, the launch will include a screening of Alejandro González Iñárritu’s ‘Birdman’ and an interactive discussion with the author and other speakers.

If you have any comments, or would like to know how to get involved in public engagement with academics and researchers in our School, please email us at publicengagement@napier.ac.uk 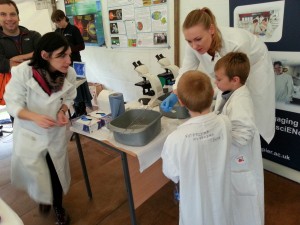 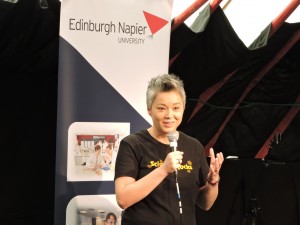 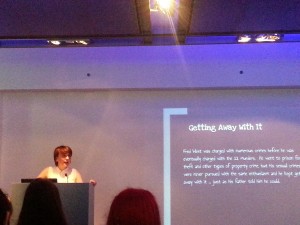