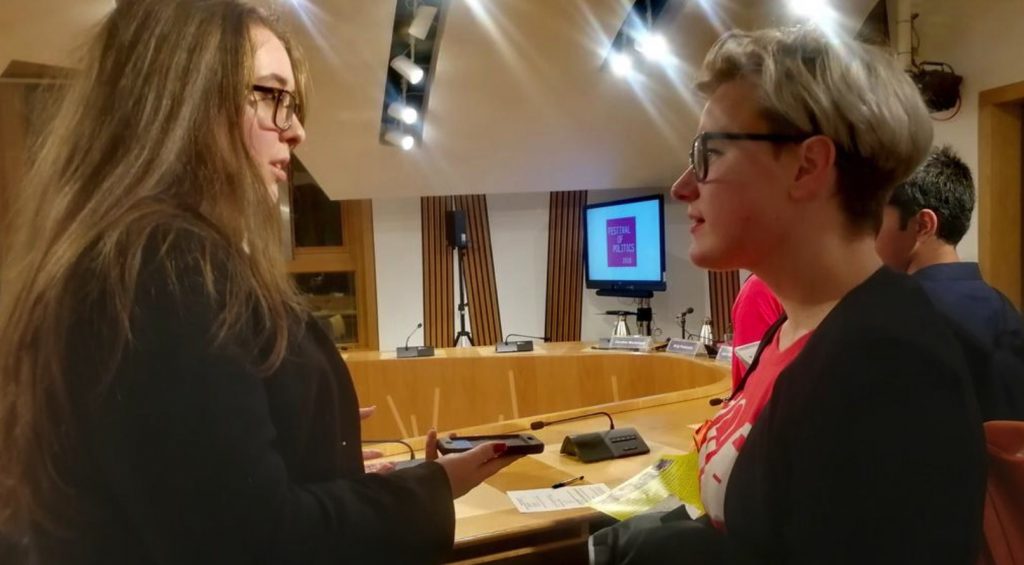 Researcher Alicja Pawluczak from the School of Computing took part in the Festival of Politics at the Scottish Parliament on 13 October 2018.  The Festival was set up to open the Parliament’s doors to the people of Scotland, bringing together an eclectic mix of politicians, journalists, commentators, artists, poets and academics around a broad range of events.  Given that 2018 is the Year of Young People and that Brexit lurks around the corner, Alicja was excellently placed to be part of a panel discussion ‘Brexit and Young People’.

The demographics of the Brexit vote reported that 73% of people under the age of 24 who turned out voted to remain, compared with only 40% of people over the age of 60.  Panellists Tom Harwood (Vote Leave NUS), Alicja Pawluczak (Edinburgh Napier University), Caroline Macfarland (Common Vision), Jack Norquoy (MSYP) and Emma Ruse (Communic18) discussed the future for young people in Brexit Britain.

Alicja is an Associate Lecturer and PhD researcher with a background in participatory media project design and facilitation. She has an interest in digital youth work and literacy, experiential teaching practice, ICT4D, digital inclusion and digital activism.

You can read more on Alicja’s blog.