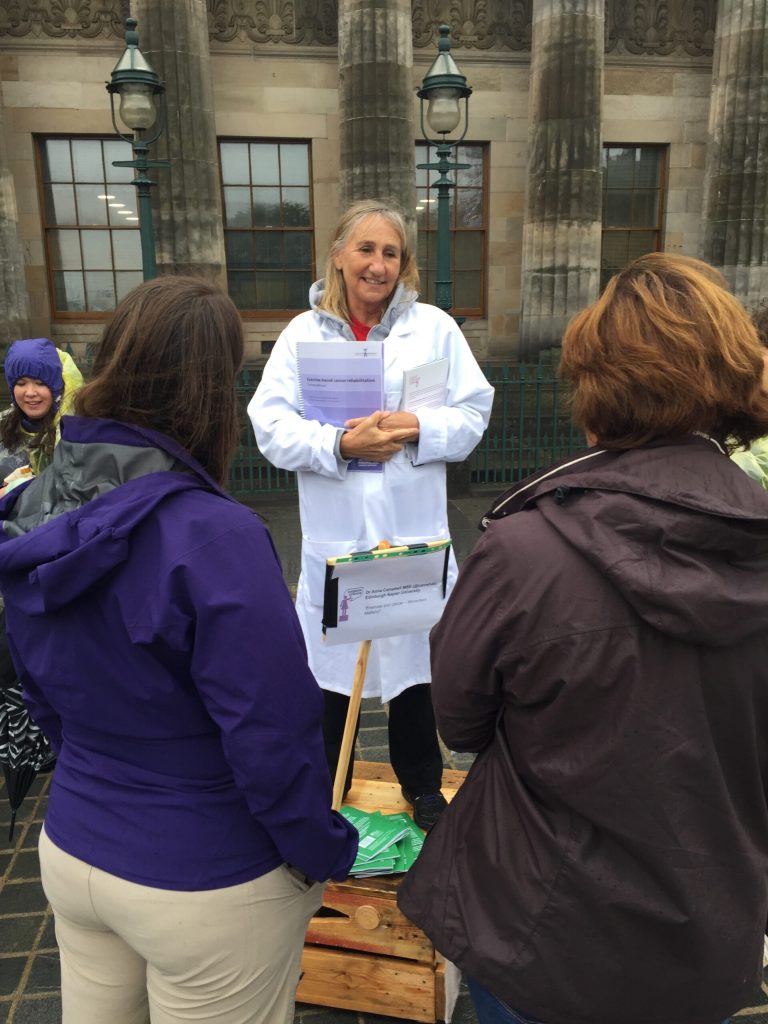 Soapbox Science is a novel public outreach platform for promoting women scientists and the science they do. Each year the team turn Edinburgh’s Mound into an arena for public learning and scientific debate; they follow the format of London Hyde Park’s Speaker’s Corner, which is historically an arena for public debate.

We have had Napier researchers involved in Soapbox Science in Edinburgh since its beginnings in 2016, and the university has also been a sponsor.

I think it was an experience I will never forget. Standing up in the middle of the street and start talking about your research needs a good amount of confidence that I will need in my career.

Clare Taylor (School of Applied Sciences) ‘Salmonella could be your friend’

Angela Kydd (School of Health and Social Care) ‘The “young old” are ageist against the “old old”: The fear of very old age is profound’

Aisling Doyle (School of Engineering and the Built Environment) “Let’s see how electrified or electric-orrified you are about the electric car!”

Sharron Vass (School of Applied Sciences) “The placenta and the tumour, understanding the differences and exploiting the similarities”