U!REKA partners Amsterdam University of Applied Sciences (AUAS) and University College Ghent (HoGent) participated in the UAS4EUROPE conference ‘Beyond Horizons’ in Brussels. Held on 2 April 2019, the main goal of the conference was to inspire and bring together European research partners in the field of applied research. The event also sought to address the challenges that European universities of applied sciences (UAS) and their innovation partners are facing when engaging in research activities at the EU level.

Challenges and opportunities in Europe

The keynote speaker was Jean-David Malo (Director of the European Innovation Council (EIC), European Commission). In his speech he pointed out that Europe is a leader in knowledge development but struggles to translate this into usable products and markets. The life duration of scale ups or startups is a particularly pressing issue. Why is Europe not able to compete with countries like China, Saudi Arabia or even India? For this reason it is needed and urgent to stimulate the emergence of disruptive innovation and develop programs at national level and European level.

Malo stressed the relevance of the EIC for universities of applied sciences, especially the EIC Pathfinder instrument (collaborative projects, context where new technologies will emerge) and the EIC Accelerator programme (SME instrument for startups that have been initiated in our universities).

Following the keynote, two teams of UAS researchers shared their experiences with applying for European Funding in a “Brilliance and Brilliant Failures” session. Furthermore, the AUAS participated in the poster sessions, where the U!REKA European University proposal (within the Erasmus+ European Universities framework) was presented.

The programme continued with a political evening event with two Keynote Kick-off Speeches (Jürgen Tiedje – Head of Unit DG RTD and Peter Berkowitz – Head of Unit DG REGIO) followed by a debate on ‘The Future of Applied Science in Europe’ with two Members of European Parliament and two rectors of universities of applied sciences within Europe. It focused on the chances and challenges for UAS with a new European Commission and a new European Parliament, and within the new EU research framework programme, Horizon Europe.

(This article was initially published on www.ureka.eu) 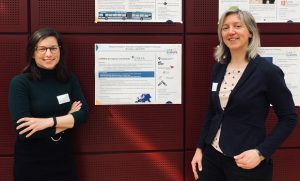