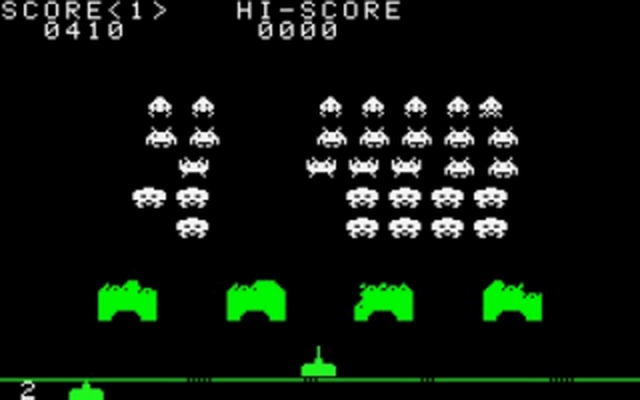 Space Invaders is a simple concept, a lone defender armed with just bullets and a shield must to try and stop the oncoming alien invasion. The aliens have an army slowly advancing, as well as a mothership, all of whom must be stopped to ensure the earths safety. This feels like the premise for a good sci-fi movie, but let’s figure out how to tell the story through games first before bringing it to hollywood.

Attack of the clones! 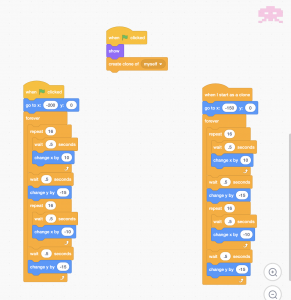 Now would be a good time to duplicate your sprite to set up an army of aliens. Make sure to adjust there coordinates so they’re nicely spaced out in a grid 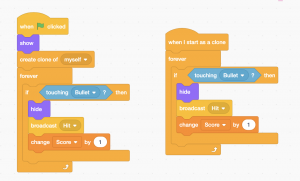 The aliens have guns too! 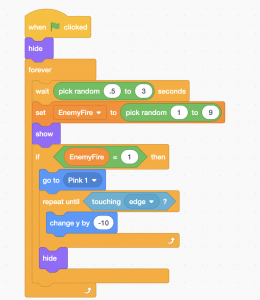 Setting up collision for the Player

That was a lot, lets stop and test it all works okay

We did promise a spaceship 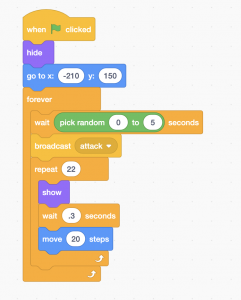 Our Spaceship needs a gun too! 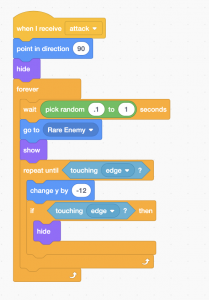 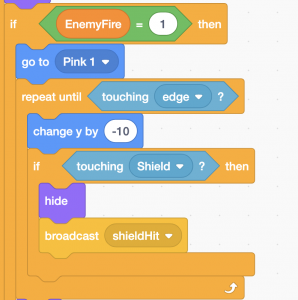 Congratulations! Not only have you saved the earth, but you’re also well on your way to being a fully fledged games developer! After the game you just built we truly can aim for the stars!