This article was contributed by Head of Alumni & Events at Edinburgh Napier University, Leigh Dilks. Leigh has worked in alumni relations since 2004 and is also a current student, studying an MSc in Management. You can contact Leigh via email: l.dilks@napier.ac.uk. 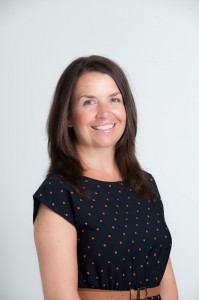 In 2009, we decided that we wanted to do more to engage with our alumni based in the United States. Scotland Week, seemed like the ideal opportunity for Edinburgh Napier to grow it’s alumni association in the USA, and participate in a seven day celebration of Scottish heritage and culture. There are approximately 6 million people in the United States who claim Scottish descent and we have over a thousand graduates currently living there. END_OF_DOCUMENT_TOKEN_TO_BE_REPLACED

The 16th annual Pipes of Christmas concert took place on 20 & 21 December in  the Madison Avenue Presbyterian Church. It was produced by the Clan Currie Society of America and sponsored by the University. In 2013, an Edinburgh Napier University student performed at the concert and this year, the musical extravaganza was again met with rave reviews. Alumni and University representatives were in rapt attendance at this pre-Christmas treat. Here, alumnus Jason Hite describes the experience.

In December, my family and I spent the weekend before Christmas in New York City and attended the Pipes of Christmas concert, sponsored by Edinburgh Napier University.  Of all the places I’ve been around the world, New York City always feels as like the quintessential Christmas destination to me.  We were only there for three days, but it was a trip we will remember for years to come.

The streets were bustling with people running between stores carrying presents.  All of the major stores had ornate Christmas displays in their windows.  At the corner of every other street was a vendor selling roasted chestnuts that you could smell blocks away.  The whole experience was like walking through the set of a Christmas movie.